A gnome scavenger hunt. That is what we did in Wrocław.

While it sounds like a tourist trap, it was a lot of fun for the young one and the gnomes actually do have some interesting history to them. They were a symbol of a underground group called the Orange Alternative, led by an artist and art history student, in the 1980s that spray-painted buildings with gnomes and other non-political statements to stage protests against the communists and their censorship of free speech.

The first modern gnome statue was commissioned in 2001 by a local newspaper to commemorate the place where many Orange Alternative demonstrations took place. After that in 2005, a local artist created five more and then local businesses started adding their own. There is no exact count but the number I have seen is around 300!

Well, we lost count around 14. And yes we (I) did fall for the touristy part of the whole thing and bought the 6 zloty map at the tourist office so we could mark off our finds. Great fun! 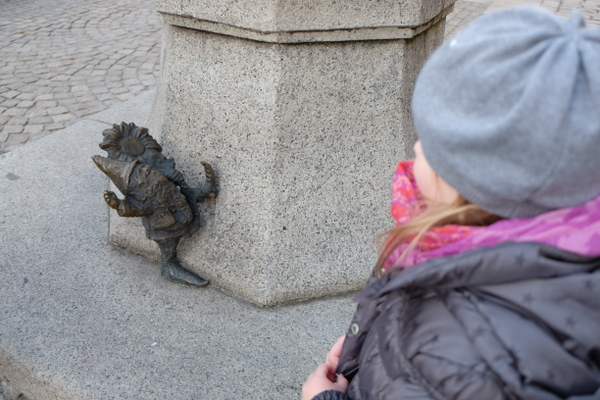 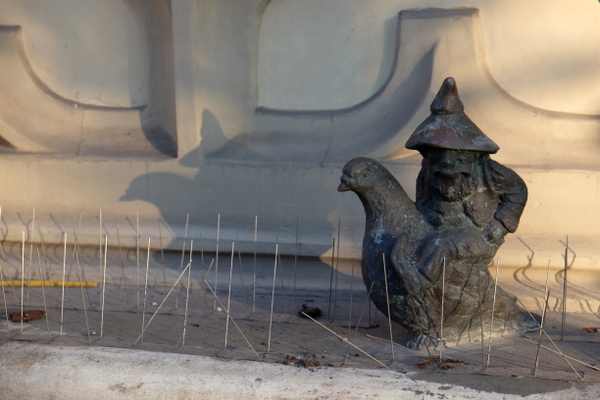 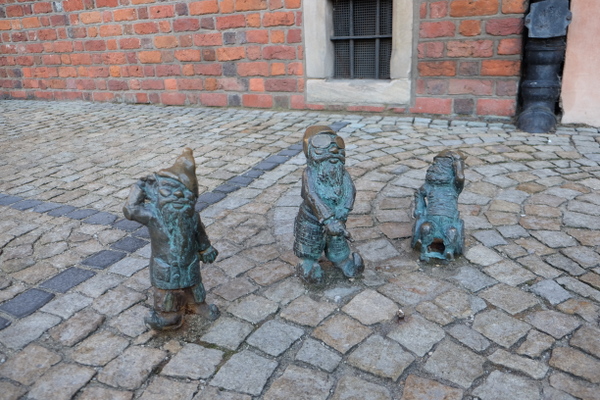 We had a few more adventures on a our long weekend in Wrocław. Check out our trip to the Afrykarium too!

3 thoughts on “The Gnomes in Wrocław”