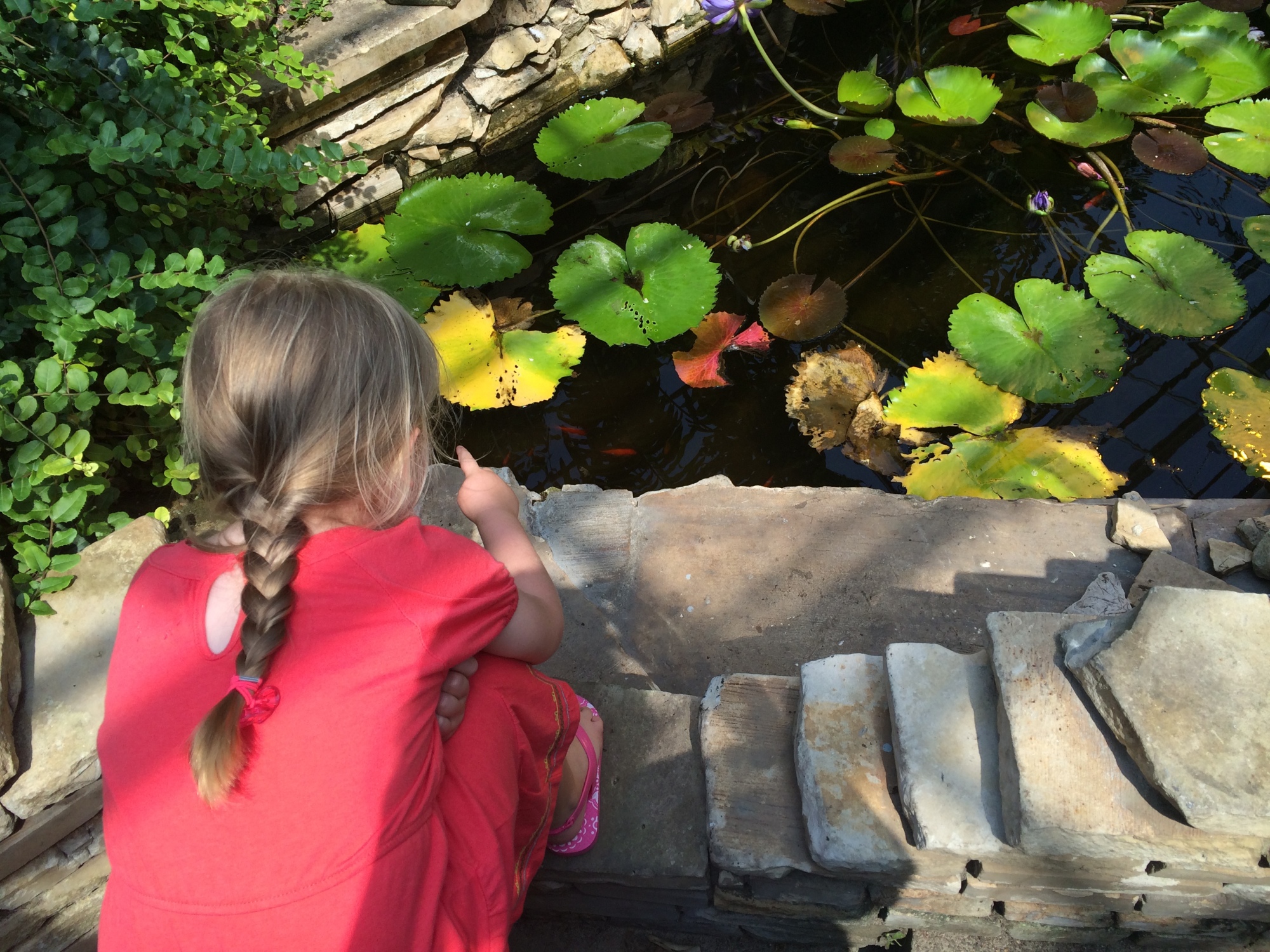 As the rain falls again today in Warsaw,  I am thinking back to the two weeks of brilliant blue skies and warm temperatures.   We returned to Warsaw from an extended Spring Break in Florida to amazing summer weather here.  Now, we have rain with highs in the low 50s F/10s C.  Miss H even asked me yesterday if it was going to snow again! 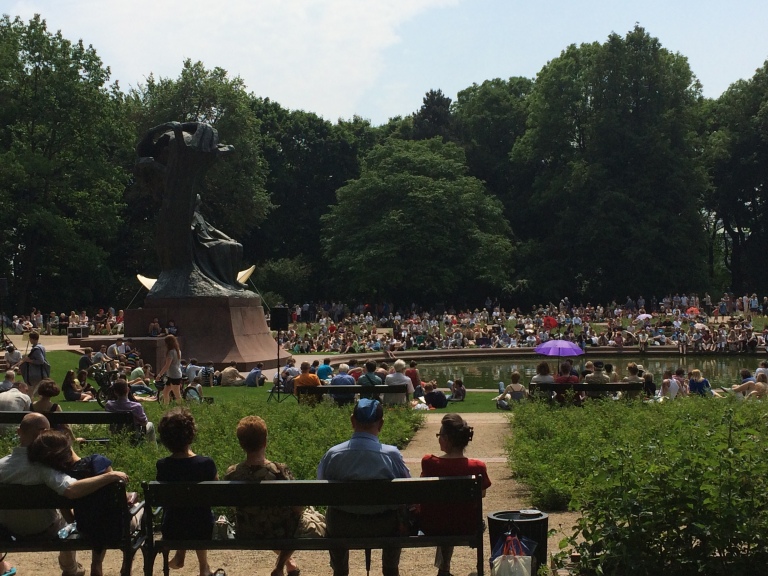 I am thinking back to the last two Sundays that we spent in Warsaw parks.   Warsaw really comes alive in the sun.   Everyone moves outside — strolling in the park, dining alfresco, and absolutely everyone seems to have a bike.  There are so many green areas here.  We visited Łazienki Park and Skaryszewski Park.  There are many more to visit –so please come back soon, Sun!

Łazienki Park means ‘royal baths’ in Polish and was named for the royal bath house that was located there.  There are several palaces, an amphitheater, a villa for a mistress and in which Louis XVIII also lived in during his exile from France, an orangery (I had to actually look that up since I had didn’t know there was such a thing, growing up in south Florida) and a few temples.   Most were originally built in second half of 18th century and have been restored or rebuilt after WWII.  It is the largest park in the city and very well cared for. 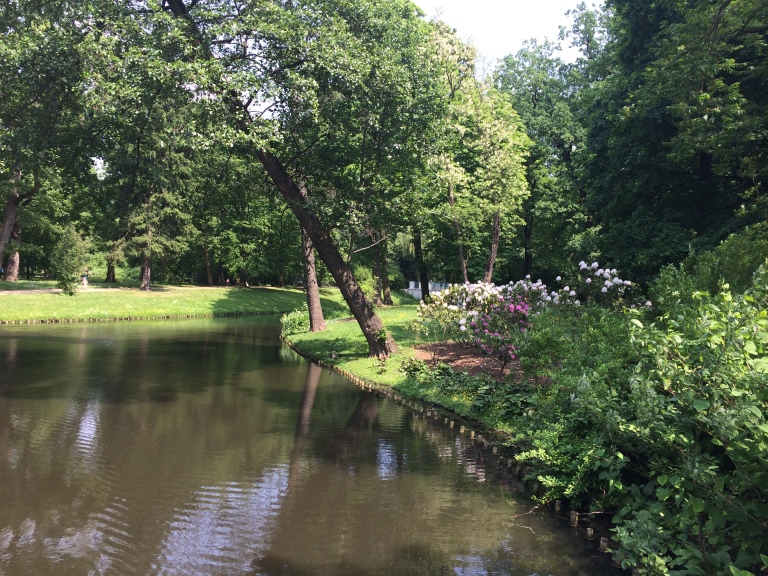 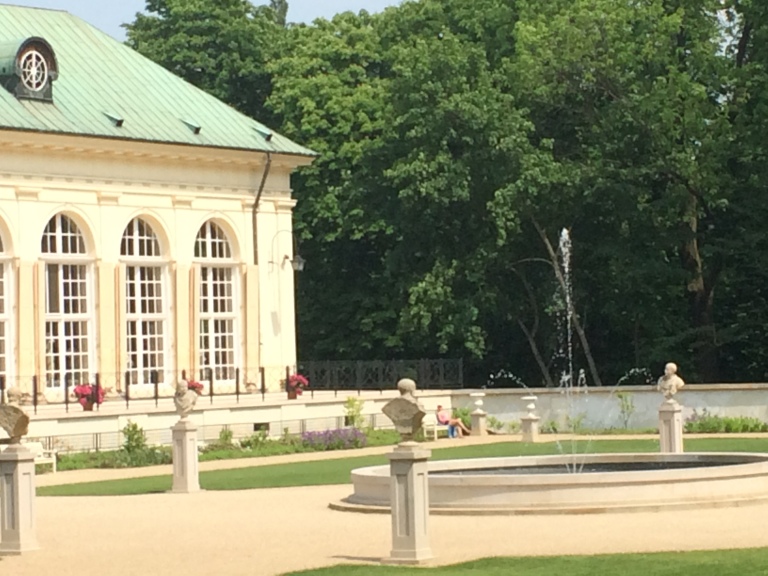 We went for the Chopin concert at noon with a little picnic.  The Chopin concerts are every Sunday from May to September twice a day.   They were organized for the first time in 1959 so have been around for a long time.  We had a great little picnic and listened to the pianist until Miss H finished her lunch then it was time to go — she started trying some acrobatics on our blanket.  There were some very serious music lovers there!

Next, we headed over to the botanical gardens in Łazienki.  The botanical gardens are said to be over 200 years old.  The gardens, greenhouses and orangery buildings were destroyed in WWII.  Many plants and trees continued to grow wild though.  That says something about nature, doesn’t?

Anyway,  Miss H was a bit tired by that point and dad wanted a beer so we took a tour of the greenhouse only.  Miss H was amazed at all the cacti and also the fish in the pond. We will have to go back another time for the rest of the garden. 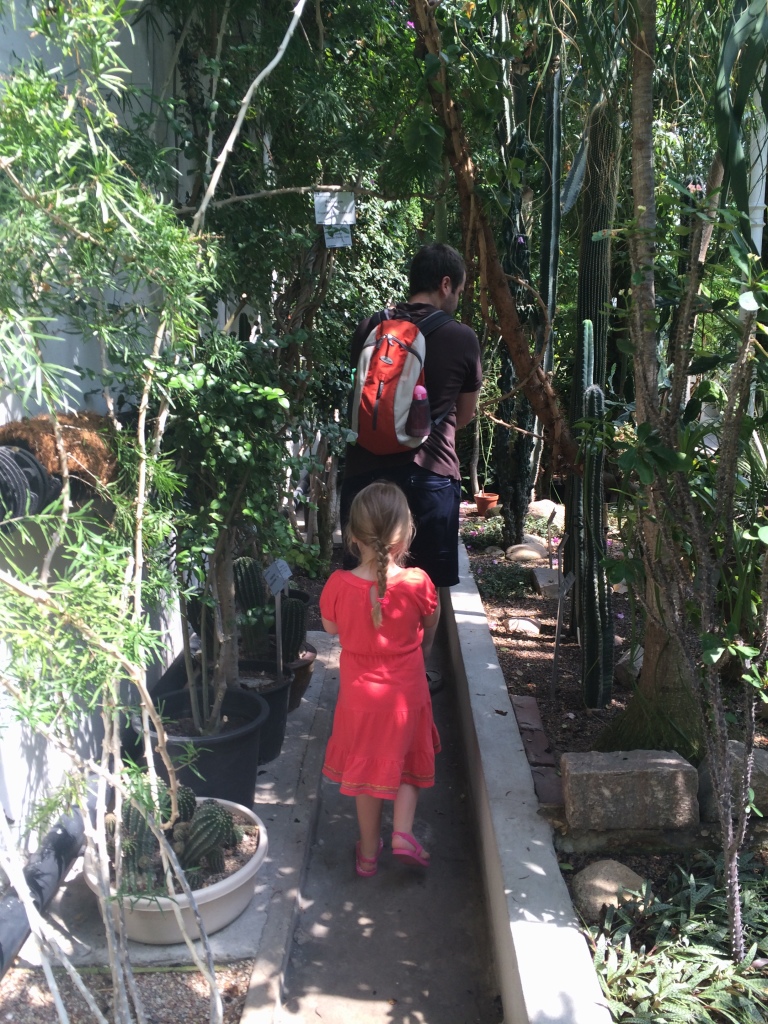 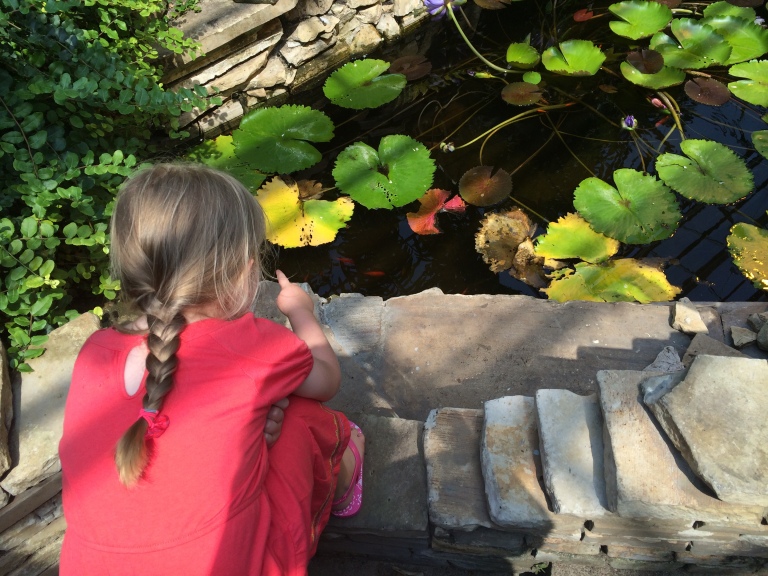 On the way home, we stopped at our local restaurant/pub for some lemonade, beer for dad and some soccer. I absolutely LOVE how child friendly most of the restaurants are in Warsaw, especially in nice weather.   More on them later!! 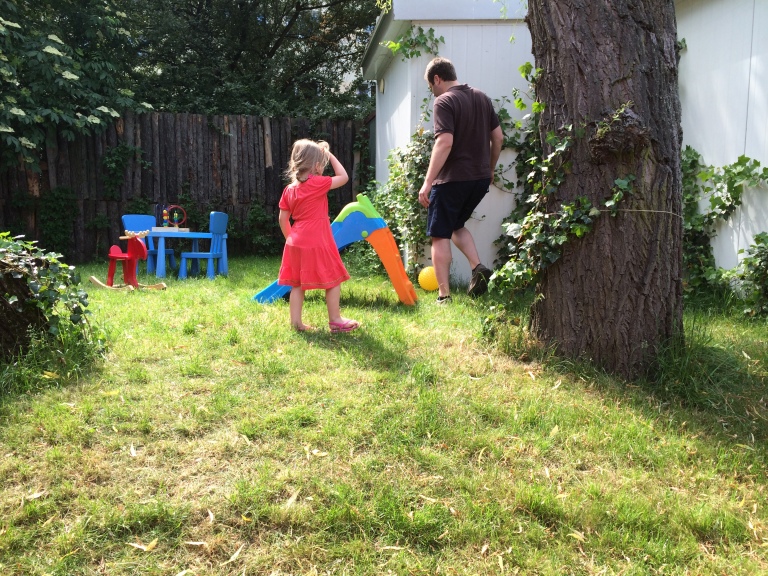 Thanks to TravelingJoys’ tour for the international women’s group here, I had had a great tour of Skaryszewski Park the week before.  Most important on my scouting mission was that I found that there was an easy place to stop for lunch that included a trampoline!   There was also a carousel, vendors selling small toys for children and other activities in the park. 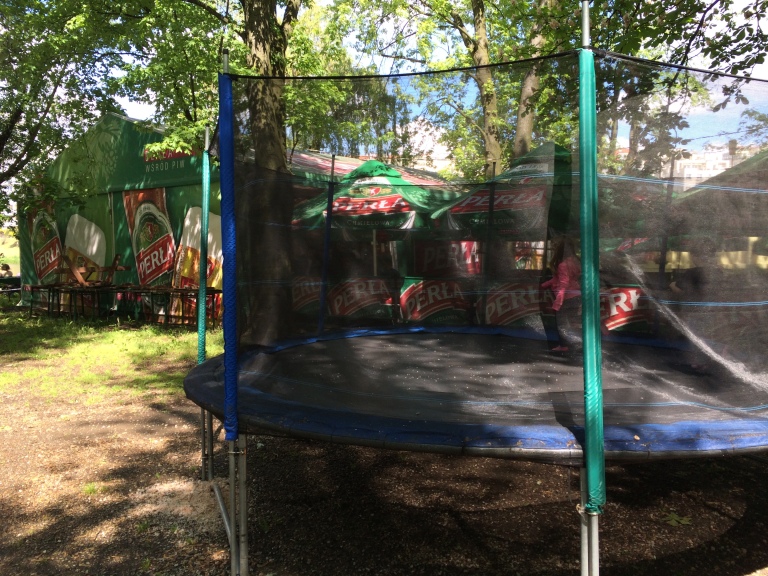 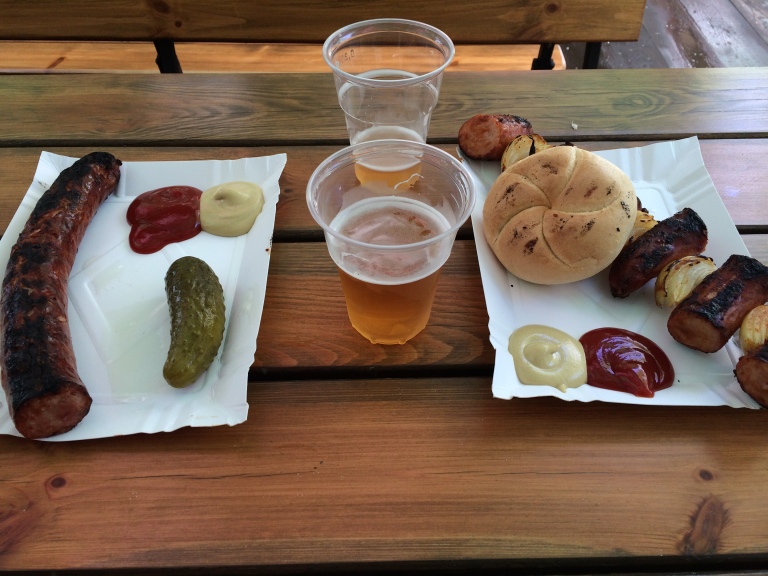 The park also has a cukiernia (cake and coffee cafe) called Misianka, with a sandbox for the kids. 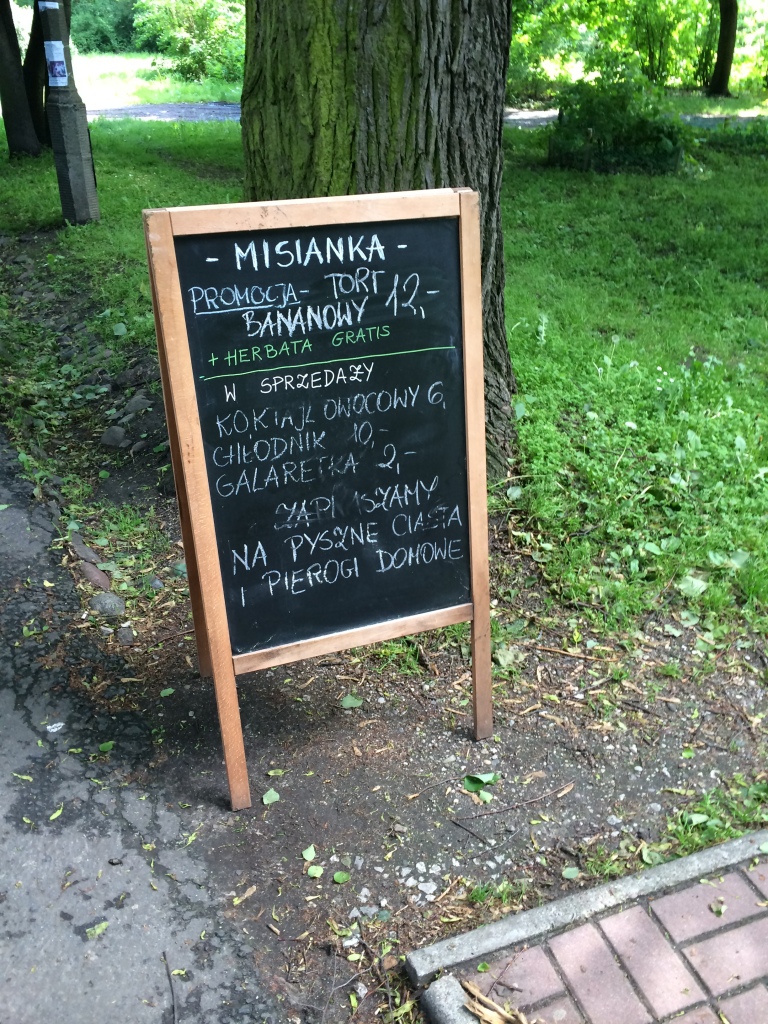 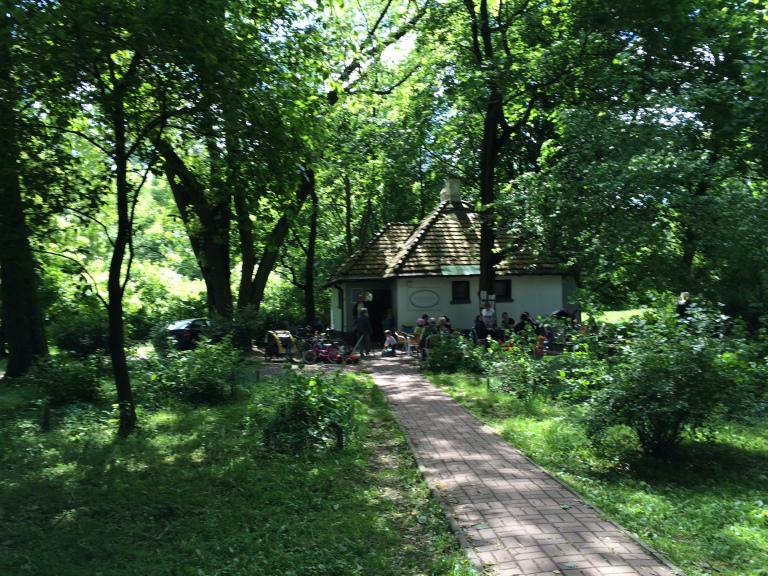 It a pretty park, albeit a little wild looking after all the rain in the early spring.  There is a very nice waterfall, nice broad strolling paths, a range of monuments and statues to explore. 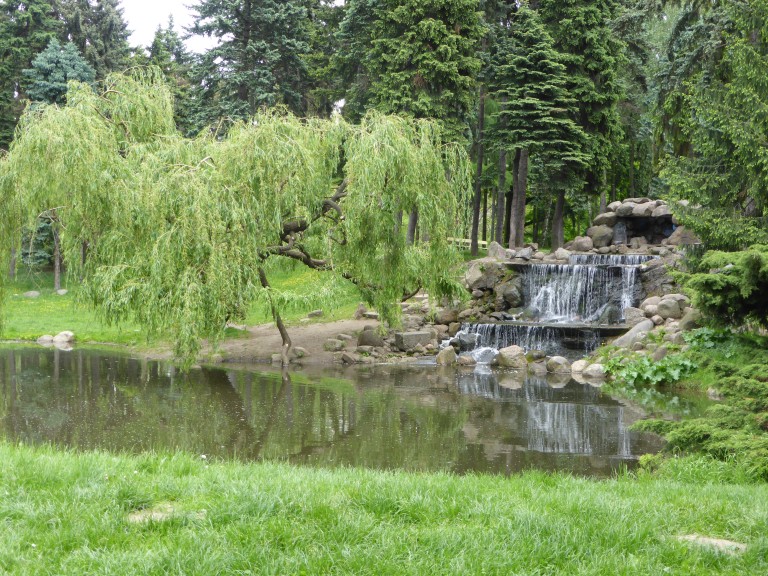 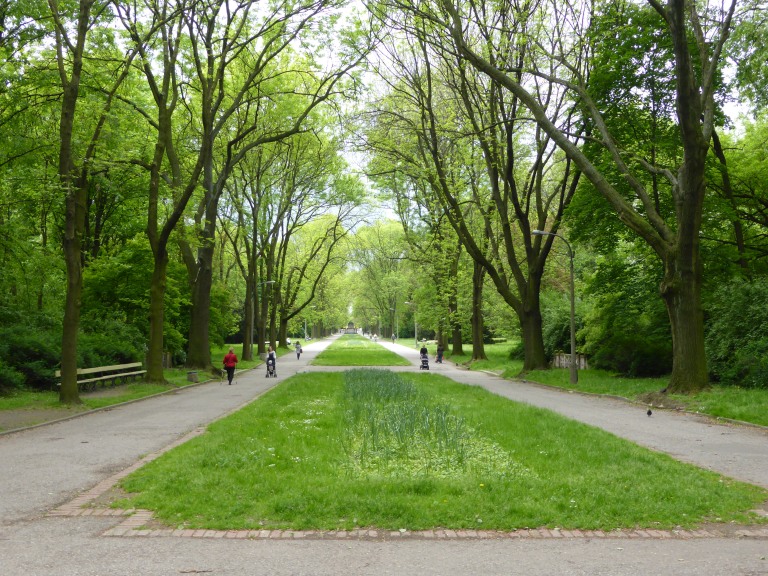 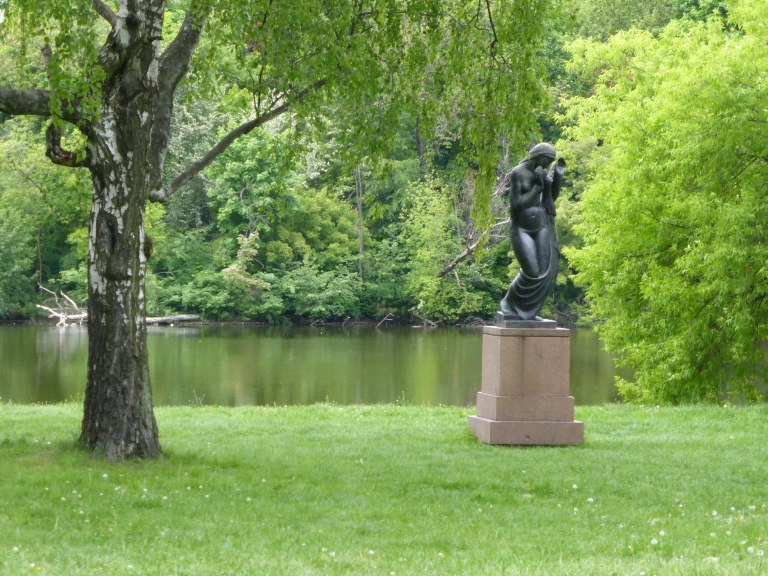 We also really like Pole Mokotowskie and Powsin park.  I will have to write more on those when we have some current pictures.   Once the weather improves again, we will resume Sundays in the park.

If you live in Warsaw, what are your favorites?  Where shall we go next?