There is nothing better than hot chocolate on a cold day.

I can’t believe it has taken us an entire year to discover the joy of Wedel’s hot chocolate.

A friend, who actually grew up in our neighborhood, suggested we meet her with her five-year-old son there for a chocolate date a month ago.  We went back with them again yesterday.

Wedel is was THE Polish cake and chocolate brand and makes the well-known Ptasie Mleczko — marshmallow covered in chocolate.  I knew her suggestion would be great.

The menu has at least two pages of different kinds of hot chocolate.  The hot chocolate is so rich and creamy that it is certainly made with heavy cream.

Fortunately, for the moms of active 4- and 5- year olds they serve a cute small cup of hot chocolate.  My friend and I went for dark hot chocolate and the kids got the milk chocolate. We also had nalesniki — a Polish pancake like a crepe served with sweet or savory filling.  Yum!

I checked out the history of Wedel and found that it is very much intertwined with that of Warsaw.  Founded in 1851 by Karol Wedel an emigrant from Berlin, it was well-known early on for great social policies with it’s own hospital, kindergarten, etc.

It survived during the first few years of WWII even producing food for starving Warsaw and organizing underground education.   Eventually the factory buildings were destroyed during the Warsaw Uprising. 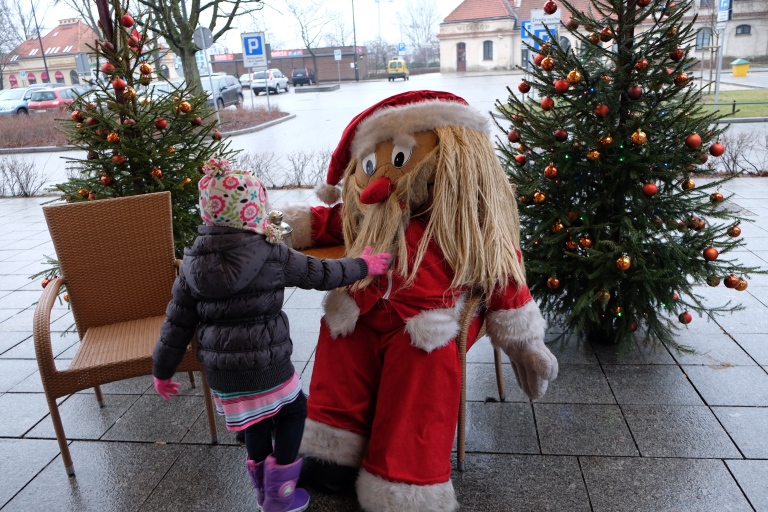 Wedel managed to rebuild after the war but the communists nationalized the company and renamed it.  The Wedel brand name survived through it all and was brought back in use after the company was privatized in 1989.

Although the company has been owned by a series of multinationals since 1989, our local Wedel cukiernia (cake shop in English) has a great old-fashioned character that I imagine to be close to Wedel tradition and of course the chocolate is fabulous!

One thought on “Hot Chocolate Holiday”